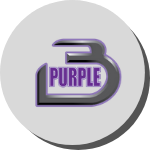 The SuperiorMan Tri is the winner of the 2013, 2014 and 2016 “Triathlete’s Choice Race of the Year!” presented by Minnesota Tri News.
Come experience “Escape from the Vista Fleet” into Lake Superior.

We are super excited and honored Clint and Andrea chose us to take over the reins for one of the most unique triathlon experiences in the country. This event has a rich and exciting history since its launch in 2012.  The event is held downtown Duluth at the Bayfront park area.  You are not just swimming in Lake Superior it is the Duluth Minnesota bay .  You will be running and biking along Lake Superior.  (TBA)Kayak and Stand Up paddleboarders will head out and back along the peninsula.  Something to challenge everyone in the family to come to spend the weekend with us in beautiful Duluth. 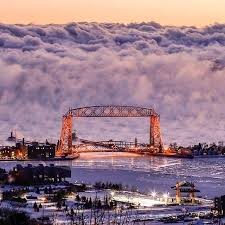 The Ojibwe name for the lake is gichi-gami (pronounced as gitchi-gami and kitchi-gami in other dialects), meaning “great sea”. Henry Wadsworth Longfellow wrote the name as “Gitche Gumee” in The Song of Hiawatha, as did Gordon Lightfoot in his song, “The Wreck of the Edmund Fitzgerald”.
Settlements: Thunder Bay, Ontario; Duluth, Mi…
Basin countries: Canada; United States 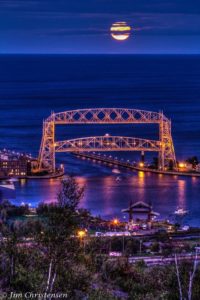 Duluth is the largest city on Lake Superior with Thunder Bay, Ontario. … As a tourist destination for the Midwest, Duluth has America’s only all-freshwater aquarium, the Great Lakes Aquarium. Duluth is known for the Aerial Lift Bridge, which spans the Duluth Ship Canal into the Duluth-Superior Harbor.

Open
Hello athletes!! Are you ready for a good challeng

Open
Hey athletes get ready❗️ You don't want to mis

Open
Attention Indiana athletes we are coming to you fo

Open
Hey all you heroes!! Time for a little friendly c

Open
Paul Bunyan is only a few days away. Time is runni

Open
Last day to register. You must get in on this even

Open
Attention athletes we have an event for you. All

TRI-One
For this event you can you can register for one event, if you want to get your feet wet for the competition before doing a full TRI. Options canoe, kayak, paddleboard, run, swim and bike.
Let's DU it July 26th!! Follow this link to register http://ow.ly/RyPX30qUyiW ...

Open
The race has been rescheduled for October 17,2020

The race has been rescheduled for October 17,2020
We are very sorry for any inconvenience this may have caused.
As we all have heard, information about the coronavirus has been coming at a fast and furious pace over the last few days. The situation is much different than it was even 24 hours ago.
We had almost 400 athletes registered to come from 35 different states. If one of those athletes is positive for the coronavirus and transmits it to others, we are then facilitating the massive spread of the virus across the country.
#3DisciplinesRacing #LakeHavasuTri #Triathlon #RunBikeSwim ...

Open
What a great way to spend a Saturday. Get registe